Altering the GI Microbiome with Exercise

As preventative health continues to be a primary focus, we continue to seek out ways to improve health through diet and lifestyle changes. At the same time, research continues to call our attention toward our gut and the microbes that reside within, as a primary influencer of our health.

Integrative and functional medicine clinicians are keenly aware of the importance of optimizing the microbiome of gut as a foundational step toward tackling nearly any health condition. With its immense contributions toward immunomodulation, inflammation, gene expression, neurotransmitter production, endocrine function, detoxification, and nutrient metabolism, the microbiome can easily become a tool in redirecting many biological processes toward homeostasis and health. We are also mindful of the fact that poor diet, chronic stress, age, disease, antibiotic use, and unhealthy lifestyle choices have wreaked havoc on the microbiome of many individuals. Therefore, dysbiosis, SIBO, and other microbiome disturbances seem to be the rule, rather than the exception.

While no two individuals will ever possess identical microbiomes, research has told us that healthy individuals possess greater amounts of specific types of bacteria that impart important health benefits. On the other hand, other species of microbes are associated with specific health problems as they alter our immunity, increase inflammation, and even turn on genes that may cause health problems in the future. If we can alter the balance of microbes in the gut to favor the health-promoting species, we can prevent chronic inflammatory and metabolic disorders that are common in developed nations. These conditions include cardiovascular disease, diabetes, cancer, gastrointestinal conditions, autoimmunity, mental health conditions, and chronic pain syndromes.

More recent literature is focusing on the health benefits of bacterial phyla that produce short chain fatty acids (SCFAs) as byproducts of carbohydrate fermentation. SCFAs are common ligands to multiple receptors on a variety of cell and tissue types and are important signaling molecules between the gut microbiome and the host. They are also key regulators in human metabolism and more notably, vital contributors to maintaining healthy colonic epithelium and gut integrity. Formate, acetate, propionate, and butyrate are the chief SCFAs. Butyrate, particularly, is the preferred fuel of colonocytes, but all SCFAs help regulate the epithelial barrier by regulating tight junction proteins. Additionally, SCFAs play roles in glucose homeostasis, lipid metabolism, appetite regulation, immune function and inflammatory pathways.1

Exercise and the Microbiome

Exercise has long been recognized as an effective way to modulate human metabolism in various ways and improve health outcomes. The benefits of exercise are similar to those of altering the microbiome toward a more favorable composition of SCFA-producing microbes. So the question is raised, “Does exercise potentially exert its positive effects by altering the microbiome?”

Very few studies have sought to establish a direct link between exercise and the gut microbiome. One of the first of such studies looked at a group of Irish International rugby players during a pre-World Cup training camp in which dietary intake and physical activity were monitored. Researchers compared their activity level, body composition, creatine kinase, inflammatory cytokine markers, and composition of fecal microbiota with a control group of nonprofessional athletes of both high and low BMI. Professional rugby athletes had lower inflammatory cytokines, higher creatine kinase levels (corresponding to exercise intensity), and a significantly more diverse population of microbes in their gut. In fact, 22 different phyla of bacteria were identified in the professional athletes, but only 11 and 9 phyla were identified in average athletes with a low and high body mass index (BMI), respectively.2

Although it is possible to suggest that these differences could be due to the increased food intake of the professional athletes, researchers proposed many mechanisms by which intense physical activity could favorably alter the microbiome, independent of diet. Regular exercise suppresses pro-inflammatory cytokines and increases anti-inflammatory modulators. These effects have also been noted in intestinal lymphocytes of mice and may contribute to a reduction in oxidative insult in the gut, creating an environment that favors healthy microbes. Regular, moderate exercise also reduces stress-induced intestinal barrier dysfunction in the areas of permeability, mucous thickness, and bacterial translocation, all of which modulate the microbiome.

A similar study was conducted on rats who were divided into 3 activity groups: sedentary, forced exercise on a treadmill for 40 min/day, or voluntary access to a treadmill all day. After 6 weeks, fecal pellets and cecal content was evaluated using 16S rRNA gene sequencing for bacterial identification. Results showed that both forms of exercise altered the gut microbiome, but the changes were different based on activity level. Both groups altered the composition of bacterial phyla, but voluntary exercise yielded less bacterial richness compared to forced exercise, and yet, forced exercise produced greater clustering of bacterial colonies. This study gives evidence to the fact that exercise can alter the microbiome.3

Most data showing a relationship between exercise and gut microbiota have come from animal studies, but more recently, research is confirming these observations in humans, too. A recent study sought to observe the effect of exercise on composition, functional capacity, and metabolic output of the gut microbiota in lean and obese adults. Diet was controlled so the effects could not be associated with dietary changes that often accompany exercise. After 6 weeks of supervised, endurance-based exercise training (3 days/week) that progressed from 30 to 60 minutes/day and from moderate (60% of heart rate reserve) to vigorous intensity (75%), the diversity of gut bacteria had changed significantly. Further, the genetic expression of the bacteria changed so the bacteria produced more short-chain fatty acids, which reduces inflammation in the body and enhances metabolism. However, these changes were most notable among those who were lean, rather than the obese subjects, suggesting exercise can more favorably alter the microbiome in lean individuals. This study was unique in that the microbiome of all subjects was again evaluated 6 weeks after participants refrained from any exercise. The favorable changes originally induced by the exercise were completely obliterated. Favorable, exercise-induced changes in gut microbes appear to endure only as long as exercise continues.4

Exercise has long been recommended for losing weight, but burning calories and enhancing your metabolism may not be the only reason exercise promotes a better body composition. If we can validate the hypothesis that exercise, alone, can alter the gut microbiome to favor weight loss, it may be logical to infer that these changes are partially responsible for positive effects of exercise on obesity. In fact, fecal transplants from obese and lean rats have been used to change body composition in germ-free rats, further supporting this idea. It is already well-established that the microbiome of obese individuals contains a lesser variety of microbes compared to lean individuals and the microbes present do not positively impact metabolism, and instead, promote energy reservation and fat accumulation.

The ratio of Bacteroidetes and Firmicutes, the two most common bacterial phyla in the gut microbiota, is directly associated with body composition. Obese individuals have significantly higher levels of Firmicutes and lower levels of Bacteroidetes compared to normal-weight and lean adults. Animal studies have confirmed that repeated exercise can increase Bacteroidetes and decrease Firmicutes which favorably alters the microbiome to support a healthier body composition.5 Furthermore, this change is independent of dietary patterns since it has been noted in both studies of rats consuming a standard diet, high-fat diet, or chow. Additionally, exercise (and high intensity interval training, specifically) induces genetic changes within the microbes to more efficiently use metabolic pathways such as the TCA cycle to help the microbes metabolize energy from food.5

In another study, the gut microbiome of obese, hypertensive, and control rats were identified using 16S rRNA gene sequencing before and after a testing period during which the animals trained on a treadmill for 30 min per day, 5 days per week for 4 weeks. After the testing period, not only did the ratio of Firmicutes to Bacteroidetes improve as expected, but also the number of health-promoting microbes including Streptococcus alactolyticus, Bifidobacterium animalis, Ruminococcus gnavus, Aggregatibacter pneumotropica and Bifidobacterium pseudolongum and other bacteria from the Pseudomonas and Lactobacillus families. Favorable microbial alterations were noted in all rat genotypes, though not all genotypes represented the same degree of microbial variations across all bacteria phyla.6 Overall, the changes in microbial diversity resulted in greater production of fermentation byproducts including butyrate, lactic acid, CO2, acetic acid and/or ethanol to maintain a more acidic environment conducive to digestion, gut epithelial health, and the exclusion of pathogens.

Establishing a healthy microbiome is vital for launching and maintaining good health. Emerging research is showing us that not only are dietary changes an effective means of altering the gut microbiome, but exercise also is an independent modifier. If exercise can help alter the diversity and the activity of health-promoting microbes in the gut, then it should be embraced as a critical aspect of a healthy lifestyle. 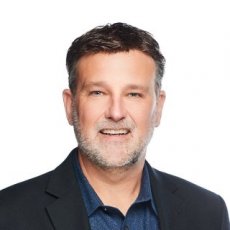 Dr. David M. Brady almost 30-years of experience as an integrative medicine practitioner and over 25 years in health sciences academia. He is a licensed naturopathic medical physician in Connecticut and Vermont, is board certified in functional medicine and clinical nutrition, a fellow of the American College of Nutrition, and completed his initial clinical training as a doctor of chiropractic. He is the Chief Medical Officer for Diagnostic Solutions Labs, LLC and Designs for Health, Inc. and is also the former long-time vice president of the Division of Health Sciences and director of the Human Nutrition Institute at the University of Bridgeport in Connecticut, where he continues to serve as an associate professor of clinical sciences. He maintains a private practice Whole Body Medicine, in Fairfield, CT (USA). He is an internationally sought-after presenter on nutritional, functional and integrative medicine. He has appeared on the speaking panel of some of the largest and most prestigious conferences in the field including; IFM, ACAM, A4M, AANP, AIHM, IHS and many more. Dr. Brady has published a multitude of peer-reviewed scientific papers and textbooks related to chronic pain, autoimmunity and functional gastroenterology and is a featured contributing author in the medical textbooks; Advancing Medicine with Food and Nutrients -2nd Ed. (edited by Kohlstadt I-Johns Hopkins Univ.), Integrative Gastroenterology (edited by Mullin G-Johns Hopkins Hospital) and Laboratory Evaluations for Integrative and Functional Medicine -2nd Ed. (edited by Bralley & Lord). His latest popular book, The Fibro-Fix, was published by Rodale and released July of 2016. You can learn more at DrDavidBrady.com and FibroFix.com.