The Arrival of Precision Medicine

The Human Genome Project, completed in 2003, was a eureka-type of an event in modern medicine, and equally was a pivotal moment in the world of genomics. For the first time ever, we finally sequenced and mapped all of the genes of human beings. Immediately thereafter came the expected answers that healthcare providers who blamed genetics for one’s disease had already surmised. The Human Genome Project was the blueprint that would provide "health care providers immense new powers to treat, prevent and cure disease." [1]

Certainly, medicine has vastly improved thanks to the data we have accumulated from the Human Genome Project. Moreover, we now know the function of a vast majority of the three billion bases is unknown [2] – which makes it difficult for scientists to correlate one disease to one gene.

Now, enter the world of genomics and precision medicine. The future of precision medicine is in the utilization of genomics. Genomics, not to be confused with genetics, is the study of genes, their functions, and interactions with each other and the environment. We have learned enough from the Human Genome Project about single nucleotide polymorphisms (SNPs) to allow practitioners to take genomic knowledge and implement strategies and therapeutics to impact these genes that carry health risks (and benefits).

We also know (based on peer-reviewed studies) of various agents, nutrients, nutrition, pharmaceuticals, and lifestyle interventions that can manipulate the expression of our genes and how they can influence our health. Take, for example, the gene for APOE (Apolipoprotein E4), which is a very strong risk factor for Alzheimer’s disease. Before we fully understood genomics, Alzheimer’s disease was thought to be an inevitable disease due to genetic inheritance. However, we now know that by using precision medicine based on genomic SNP data, we can alter the expression of genes that impact Alzheimer’s by utilizing nutrition, exercise, and particular nutraceutical agents like docosahexaenoic acid (DHA) and curcumin to improve function and reduce risk of neurodegenerative disease.

What is more important, however, is the interaction of various genes on disease states. Therefore, instead of blaming one gene for one disease, precision medicine allows us to acknowledge the fact that the interaction between genes and their proteins (epistasis) and between genes and the environment (epigenetics) can be a powerful tool for influencing gene function. Instead of merely assessing one’s MTHFR (methylenetetrahydrofolate reductase) activity and deducing a conclusion, it would be more precise to include CBS (cystathionine beta synthase) into our algorithm and then decide if the function is truly impaired because of the interaction between these genes and their byproducts.

The Future of Precision Medicine Has Arrived

For precision medicine to truly succeed in the new era of genomics, it requires accumulating, processing, and synthesizing immense amounts of data (think 3 billion base pairs of the human genomic) into simple, actionable tools. This process of synthesizing and outputting data and applying it to patient health is now achievable using artificial intelligence (AI).

GenomicInsight – Powered by Opus23 Explorer™ uses the most advanced AI software available to accumulate and correlate patient genomics so that genes that influence one another can be viewed together to assess essential health functions.

Instead of waiting for double-blind, randomized placebo-controlled trials to prove one agent treats a particular disease (which is practically impossible in the world of integrative medicine), we can now take the big data gleaned from genomic testing to implement a targeted plan for patients that is unique to their own biochemical individuality. 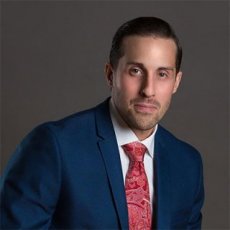