Botanical Therapy for Antibiotic Resistance in the GI Tract

Antibiotic resistance (AR) is a global public health crisis with far-reaching consequences. With the spread of AR, previously treatable infections have become challenging, and often impossible, to treat. According to the Center for Disease Control's recently released 2019 AR Threat Report, each year in the United States there are more than 2.8 million AR infections, resulting in 35,000 deaths. Even though these numbers have decreased by approximately 18% since 2013, the numbers are unacceptably high.

Antibiotic resistance (AR) is a global public health crisis with far-reaching consequences. With the spread of AR, previously treatable infections have become challenging, and often impossible, to treat. According to the Center for Disease Control's recently released 2019 AR Threat Report, each year in the United States there are more than 2.8 million AR infections, resulting in 35,000 deaths. Even though these numbers have decreased by approximately 18% since 2013, the numbers are unacceptably high.

Antibiotics are life-saving medications when used in the correct context. Any time antibiotics are used, a strain of bacteria can develop resistance. Since the resistant bacteria aren't killed by the antibiotic, they will continue colonizing. Continued use of the same antibiotic will select for resistant strains and may reduce numbers of protective bacterial strains. Bacteria are incredibly clever and are able to rapidly share resistance genes within and between species, leading to resistance in bacteria that have never encountered an antibiotic.

Developing novel antibiotics is a huge undertaking and, while pharmaceutical companies are working on new classes of antibiotics, it is clear we are not equipped to keep pace with the rapidly adapting microbial world.

Antibiotic resistance occurs when microorganisms develop the ability to overcome the antibiotics designed to kill them. Bacteria have numerous strategies to resist antibiotics. Gram-negative organisms tend to display more AR strategies than do gram positive organisms. This is mostly due to the presence of a double cell membrane. The periplasmic space between the two membranes of gram-negative organisms acts as a protective holding chamber, giving the bacteria a chance to react before the antibiotics can access the inside of the cell.

Testing for AR genes can help to characterize resistant infections and can aid in selecting effective therapies. Some of the key AR strategies are detailed below.

Preventing Access of Antibiotics to the Inside of the Cell

Altered uptake – Organisms are able to alter the permeability of their cell membrane, making it more difficult for antibiotics to enter the cell.

Each antibiotic class has a specific target within a microorganism (nucleus, DNA, RNA, proteins, cell wall etc.). Mutations can alter the structure of the target so that the antibiotics can no longer bind to and act on the target. Microorganisms can also protect antibiotic targets and/or make them obsolete to cell function.

When the population of bacteria reaches a critical level, they release signaling molecules into their environment. These molecules, known as auto-inducers, can precipitate a number of different effects including biofilm formation, gene transfer, virulence or toxin production.

The Use of Botanicals Against Antibiotic Resistant Bacteria

The world of botanical medicine offers promising potential in the fight against AR bacteria. Herbs have been used traditionally to treat infections for hundreds of years. While many herbs are used empirically against bacterial infection, others have extensive research on the individual constituents and actions against bacteria.

When it comes to treating antibiotic resistance in the GI tract, there are two main strategies that can be used;

Below are listed some key antimicrobial botanicals and their mechanisms of action.

There are many herbs that have evidence of antimicrobial activity, both locally and systemically. The following is a short list of herbs that are especially effective as local antimicrobials. When it comes to multi-drug resistant bacteria, combining multiple whole-herb extracts is a beneficial strategy.

Artemisia is a very effective antimicrobial with a long history of traditional use against bacteria, fungi and parasites.

Allium has proven effectiveness as an antimicrobial. Greater effects are seen with fresh crushed garlic than with water extraction.

Usnea and other lichens have very strong antimicrobial effects against both gram positive and gram negative bacteria, especially when used as a strong ethanol extract.

Syzygium is effective against numerous gram negative and gram-positive bacteria as both ethanol and water extraction.

The following botanicals can be used in strategic combination with antibiotics or antimicrobial herbs. The following herbs have been shown to have specific action against AR mechanisms. The use of synergists can decrease the amount of antibiotic needed to be effective against bacteria. Synergists can also be used as adjuncts to herbal antimicrobial therapy. Note that some species of herb fall under more than one category. This is because each plant contains hundreds of individual constituents, which may have varied activity against bacteria and the microbial world.

While antibiotic therapy is a necessary and very effective solution for most bacterial infections, they have proven to be insufficient against AR strains. Botanical therapy offers promising solutions to combat multi-drug resistant bacteria. Bactericidal herbs can be used either instead of or in addition to antibiotic therapy. In addition to this, whole herb extracts can be used synergistically to make antibiotic or herbal antimicrobial therapy more effective. Testing for AR genes can help to guide treatment. Antibiotics and botanicals can be selected strategically based on known and suspected AR mechanisms. 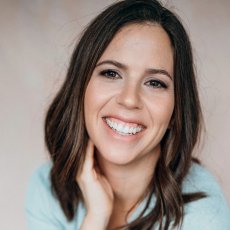 Dr. Amy Rolfsen is a naturopathic physician, speaker and medical educator with a deep focus on the gut microbiome and gastrointestinal health. Her main passion is education, sharing her clinical expertise, and up-to-date research with fellow medical practitioners.