Irritable bowel syndrome (IBS) is one of the most common functional gastrointestinal disorders, with an estimated prevalence of up to 15% in developed countries.[1] IBS is a heterogeneous disorder that includes multiple subtypes, as well as a number of underlying causes and contributing factors, such as enteric infections, altered gut motility, small intestinal bacterial overgrowth, intestinal inflammation, psychological stress, and dietary factors.

A role for dietary carbohydrates in IBS has been established, largely due to the success of certain low-carbohydrate approaches in improving IBS symptoms. The low-FODMAP diet, for example – which restricts the intake of fermentable oligosaccharides, disaccharides, monosaccharides and polyols – has been shown to significantly improve IBS symptoms in a number of clinical studies. [2,3]

A recently-published study by researchers at the Karolinska Institute provides further insight into how carbohydrates may contribute to IBS.[4]  In the study, the researchers identified and characterized a genetic variant that significantly increases the risk of developing IBS. The variant – a single nucleotide polymorphism, or SNP – is located in a gene encoding a small intestinal brush border enzyme complex that is critical for carbohydrate digestion.

The enzyme complex, called sucrase-isomaltase (SI) contributes to the digestion of 60% to 80% of dietary starch and almost all sucrose.[5] Although salivary and pancreatic amylases also play a role in breaking down starch, they are only capable of breaking down starch into oligosaccharides, which cannot be absorbed by the intestinal epithelium. The SI complex serves a crucial role in carrying out the final steps in the digestion of starch to monosaccharides, which can then be absorbed by the intestinal epithelium.

Impairment in SI activity was previously known to occur in individuals with rare genetic defects in the SI gene, resulting in symptoms similar to the diarrhea-dominant subtype of IBS (IBS-D).[5] Reduced SI activity may lead to an increase in undigested carbohydrates, which cannot be absorbed. An excess of undigested carbohydrates reaching the colon can cause osmotic diarrhea, as well as excessive gas production due to an increase in microbial carbohydrate fermentation.

The Karolinska researchers identified a much more common SNP in the SI gene, and showed that the activity of the SI enzyme was reduced by 35% in vitro. Moreover, the SNP (referred to by the identifier rs9290264) was shown to be strongly associated with an increased risk of the IBS-D and IBS-mixed (IBS-M) subtypes of IBS. The study authors concluded that their results constitute “the first experimental evidence pointing to nutrigenetic mechanisms associated with IBS predisposition and symptom generation. This holds potential for stratifying patients with IBS and personalizing treatment options in those with SI genetic defects.”[4]

The Karolinska study provides a clear example of how insights from genomics may be applied to the practice of precision medicine. By screening IBS patients for the presence of the SI gene variant, clinicians may identify those most likely to benefit from personalized approaches such as enzymatic supplementation and reduced consumption of starches and sucrose. Such personalized therapies are likely to be more effective than one-size-fits-all approaches, leading to better compliance and improved clinical outcomes. 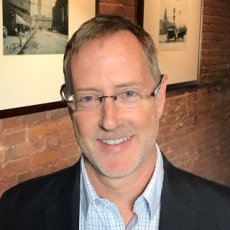 Tom is a clinical laboratory consultant, translational science expert, functional nutrition practitioner, educator, and speaker. He is a former biomedical research scientist with deep expertise in the role of the human microbiome in health, chronic disease, and aging. As a leading expert in translational applications of microbiome research in functional medicine and integrative health settings, Tom’s primary focus is on providing educational resources and consulting services for practitioners, and consulting and advisory services for clinical testing laboratories. On a limited basis, he also works with individual clients to improve gastrointestinal health and optimize healthspan.