Technology Update: Advances to the GI-MAP

Please Note: GI-MAP has been further enhanced since this post was published in 2018.

The Gastrointestinal Microbial Assay Plus (GI-MAP) is the first and only stool test in the world to be running full quantitative polymerase chain reaction (qPCR) on multiple GI targets, including pathogenic and opportunistic bacteria, worms, yeasts, parasites, and comprehensive antibiotic resistant genes, alongside intestinal health, digestive, and immune markers.

Not all pathogens cause disease if they are present. Knowing exactly how much of an organism is present, in combination with immune markers, gives the practitioner important information for better clinical decision-making.

qPCR (or real-time polymerase chain reaction) combines amplification and detection into one step, and is one of the most powerful and sensitive gene analysis techniques available. It is used to quantify gene expression, analyze single nucleotide polymorphisms (SNPs), determine genotypes, detect pathogens, validate drug targets, and measure RNA interference.

The ribosome is an essential component of cellular organisms, with consistent form and function across species. A key aspect of ribosomes and ribosomal RNA is that their function is ‘highly conserved’ or maintained by natural selection between, and among, species. The exact sequences of DNA that encode these components are not identical between organisms, and so through variation in rRNA sequences we can distinguish organisms at the species level.

The 16S gene sequence is a highly conserved region of rRNA, which means it is not species, or strain specific, but it is a reliable genus marker.

Testing the 16S region for H. pylori, for example, will reliably pick up all Helicobacter, but only at the genus level. By targeting it both in the 16S and 23S region and testing for two other genes, ureA and ureB, the GI-MAP is able to accurately detect H. pylori present at the species, and strain level, as well as detect virulence factors. Similarly, Protozoa, as well as E. coli and C. difficile are very difficult to target in the 16S region, requiring other genes to be targeted in order to accurately detect them at the species and strain level.

What Is qPCR & Why Is It So Exciting?

The advent of Polymerase Chain Reaction (PCR) for the first time facilitated the specific detection and production of large amounts of DNA. This allowed scientists to diagnose disease, clone and sequence genes and detect pathogens (Garibyan, 2013). Dr Kary Mullis, who discovered the assay in 1986, and won the Nobel Prize for his work, stated “it lets you pick the piece of DNA you’re interested in and have as much of it as you want” (Mullis, 1990). This is the process of amplification. PCR can be performed using source DNA from a range of tissues and organisms, including peripheral blood, skin, hair, saliva and microbes. It needs only trace amounts of DNA and hence is a sensitive assay.

What does PCR require?

This process happens in a thermal cycler instrument which automates the cycling of three reaction steps through different temperatures. The first step is termed “denaturation” which separates the DNA strands through heat (96C) Once they are separated they are cooled to allow the primers to bind to the DNA segments. This is called hybridization or annealing. The temperature is raised again and then the DNA polymerase extends the primers by adding nucleotides the developing DNA strand. With every repetition of these three steps the number of copied DNA molecules doubles.

And so, the DNA replication by PCR is an exponential process.

Amplification produces multiple copies of what DNA is there and hybridization matches the target gene to a complementary DNA sequence on a probe. Imagine forging keys that open very specific locks. This allows the test to be highly specific and accurate. It is this precision that allows the test to run on one stool sample.

But it gets even better…. qPCR provides information beyond simply the detection of DNA. It assesses how much of a specific DNA or gene is present in the sample. So, it allows for both detection and quantification of the PCR product in real-time while it is being synthesized.

This technique is unique to the GI-MAP, truly making it superior to other tests on the market because it of its sensitivity, specificity and ability to quantify actual numbers of micro-organisms.

For more information on the methodology and comparisons with other GI stool testing methods, please see the fully-referenced white paper.

The GI-MAP only requires a single, small sample. This is helpful for all patients, but particularly for children or any patients struggling with constipation, diarrhea, or logistical complications for whom multiple samples may present additional complications.

The turn-around-time is only 5-7 working days, allowing for a more rapid receipt of results and implementation of clinical intervention.

And so we are excited to bring you this latest version of the GI-MAP: intelligently designed, for best patient outcomes. 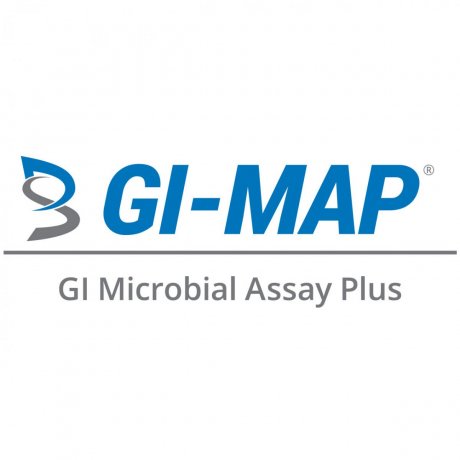 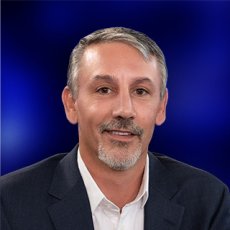 Tony Hoffman started his career in the integrative laboratory industry over 25 years ago, first as a laboratory technician in microbiology, then moving into technical support, sales, and finally business development. Tony was at the forefront of the planning, management, and launch of four successful stool analysis laboratories, with ownership in two of them, prior to founding Diagnostic Solutions Laboratory. His experience spans every aspect of laboratory operations, from the laboratory bench to the CEO’s desk.

Tony has lectured and supported physicians around the world in understanding the utility and interpretation of stool testing. He is an expert in the ecology of the gastrointestinal microbiome, as measured by both traditional culture techniques and next-generation DNA analysis. This broad base and depth of knowledge has given Tony a very unique perspective into the needs of clinicians and has guided him in the development of cutting-edge test profiles, a unique business model and successful business operations at Diagnostic Solutions Laboratory.